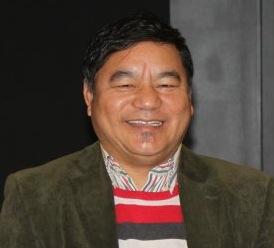 [The speech below was delivered on the 62th anniversary of Chin National Day jointly organized by CCN at Froland, Norway]

It is a great pleasure and honour for me to have the opportunity to deliver a speech on such an auspicious occasion of the 62th Anniversary of Chin National Day. I would like to thank the Chin Community in Norway (CCN) who are here tonight–coming from all over Norway, and especially to its Froland-based members who organized this event. I would also like to extend my heartfelt thanks to the Norwegians who are in a way, supporting the Chin cause by joining us on this auspicious Day. On behalf of all Chins in Norway, I would also like to thank the Royal Norwegian government who give us love, sympathy, shelter and refuge in their country.

First, let me brief you about the Chin and Chin land. Chin land is located between Burma, India and Bangladesh. Before the British invasion, Chin land was an independent nation that had its own territory with well-defined boundaries with its neighboring countries and their own language and culture as well. The British subjugated the entire Chin Hills in 1885. The British ruled the Chin Hills for 62 years until 1947. Chin land was divided into three parts to become parts of Burma, India and Bangladesh without the consult of its people.

The birth of Union of Burma:          Burma including the eastern part of Chin land (i.e., the present Chin State) also became independent in January 4, 1948. Before independence from British, negotiations for independence took place in the Shan State of Panglong on February 12, 1947, where a historical treaty known as “Pang Long Agreement’’ was signed. The signatories were leaders and representatives from Burma, Chin, Kachin, and Shan. They formally agreed to form the Union of Burma. It is the birth of Union of Burma.

The birth of Chin National Day:       After independent, Chin political leaders organized a Chin National Conference on February 20, 1948, at Falam, Chin state. It was the a historical landmark as the first time ever in our entire history where the Chin peoples from all over Chin land gathered to determine their common destiny. The following are the significant facts of the Chin National Day.

Under the Military rule:  However, the Burma Army took over the state power by force from the civilian government in 1962 and introduced one party dictatorial system under the coup leader General Ne Win. A series of military regimes have since ruthlessly controlled the country through violence and oppression. Burma’s ethnic nationalities, which comprise roughly 40 percent of the total population, suffer religious and political persecution. Ne Win totally discarded the Panglong Agreement and the dreams of our fore fathers to establish a peaceful, prosperous democratic federal Union of Burma. Under Ne Win’s rules:

8888 Uprising:           As the forces of globalization swept across the globe, its impact reached Burma in 1988, when the university students and civilians took to the street, demanding human rights and democracy in Burma. However, the movement was mercilessly crushed by the military government, which resulted in the death of thousands of students and civilians. Therefore, many students who got involved in that movement formed Chin National Front (CNF) in 1988 in the struggle against the military government. Many of Chin students joined CNF since inception, and it has tremendous leverage in its struggle against the military rule in Burma.

Post 8888:                  Even after the national uprisings of the 1988 respect for the rule of law has not prevailed and rampant corruption, lack of transparency and lack of accountability on continued. General Than Shwe took over power following the resignations of Ne Win and Saw Maung. General Than Shwe follows the footsteps of his predecessors:-

Religion:       Before Missionaries came to Chin land, the Chin people were animists. The first missionary couple arrived in Hakha on 15 March 1899 from America and supported by American Baptist Foreign Mission. The Chin people celebrated Chin Evangel Centenary in Hakha on 15 April 1999 to commemorate the 100th anniversary of the arrival of the gospel to Chin Hills. It is reported that more than 80% of the Chins belong to Christianity. 20% are Buddhists, animists and other religions. Burma is the Buddhists country, as 85 % is the Buddhists. The junda is determined to persecute the Chin Christians. The following facts highlight the junta’s stratagem to persecute and eliminate Christianity and denial of developments in Chin land:-

Food security:            About 80% of the Chin people lived in rural areas where the people still practice the traditional way of slash and burn shifting cultivation.  Due to poor soil, backward agricultural system and negligence of the government the food supply will continuously be in shortage for fore seeable future in Chin State. The biggest problem the Chin society faces at present is that of food security.

Chin State is a predominantly Christian state in a Buddhist country. Perhaps because of this, it is the most neglected and oppressed, therefore, the poorest state in the Union of Burma. The result is that there are few employment and business opportunities except the backbreaking work of tilling the land.  Owing to this, hundreds of Chin families have migrated to elsewhere since the 1990s.

Food crisis in Chin State:      Moreover, at present the people in Chin State are facing a widespread famine locally called “Mautam ” since 2006. When the bamboo flowers blossom, it bears the fruits, then all the bamboos die. The flowers and fruits of bamboos can be eaten by the rats, therefore a number of rats population are feasting on the bamboo seeds and rapidly increase its population. After the bamboo flowers and seed are gone these rats eat up all agricultural products over night, further migrating to other areas of the hill lands in the thousands. Hence, a widespread famine is in place since then. Rats have eaten not only rice but also other agricultural products such as maize, cucumber, beans, and pumpkins away.

The Chin Exodus:    Even without the famine, there has been food scarcity in Chin State because of the military government’s economic mismanagement and various means of human rights violations. As a result, the Chins left their homeland Burma to avoid human right violations, forced labor, military porter, and other forceful services imposed against them by the ruling military government. The primary destinations for most Chin refugees are India and Malaysia. The journey out of Burma is fraught with risks for Chin refugees and many lives are lost along the way.

Words of thank and request for Norwegian people:       It is expected that there would be more Chin refugees in the years to come through Malaysia and India. The Chin refugees have been arriving Norway since 2002 and now made up of about 1200 in Norway. We are very thankful to you for your love, sympathy, shelter and refuge in your country. We do not really worry about for food security, jobs, health, education, transportation, peace and all that is necessary for our daily life. However, living in Norway is not without problem. The big challenge faced by us is the lives between two cultures and languages.

In this regard, I would like to sincerely request the Norwegian government and the peoples to educate and help us with the following urgent needs we are facing;

Conclusion:     As a matter of fact, due to the absent of the rule of law in the Burma under the brutal military dictatorship political change will not be seen easily. Therefore, urge international community, including the Royal Government of Norway to listen to the voice of the helpless people in Burma. We would like to urge the international community to engage by:

Thank you and May God bless you all!